The Swedish railway industry has its roots in the first industrialization during the 19th century in Sweden. The railway became a precondition for the successful transport of people and goods in a vast country. In modern times, the Swedish railway sector has gone through major changes which moved the country towards having the world’s most deregulated railway, together with Great Britain. 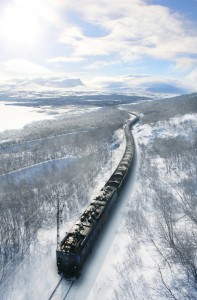 Industrial enterprises were early to gain leading positions on the international railway market, with their technically advanced product lines such as locomotives, power transmission, signalling systems and ball bearings. Through the years, a diversified cluster of manufacturers developed to support this growing industry. Further, the Swedish climate with its harsh winters has contributed to the development of products and systems which stand up to extreme conditions.

Today, Swedish companies are well recognised in both the railway and metro sectors and are internationally renowned companies with a wide range of products and services with well known brand names.

There is no doubt that the Swedish rail industry is at the forefront of the industry worldwide. One of the tasks for Swerig is to bring this to the attention of the international rail market.